This is what I could find out about Robert Fuller direct from Amazon's Author Central:

Robert is an avid fan of the cultural history of vampires, which makes his debut, Valerie: Daughter of the Dragon, the perfect way to launch his writing career. Robert was born and raised in Northeast Ohio, at a time when television offered up late night showings of old horror movies. Not only did Robert gravitate towards the motion picture vampire, but also the vampires depicted in the writings of Stephen King, F. Paul Wilson, and Robert McCammon.

At 18 years old, Robert went to work at JC Penney's where he spent a decade in the Visual Display Department. Robert's love of vampires and working in the retail/fashion industry provided the inspiration to create his own vampire story. After several years of writing and re-writing, Valerie: Daughter of the Dragon was born.

When Robert isn't obsessing over his writing; he can be found taking in a movie, or two, or even three at his favorite local cinema, relaxing and listening to his extensive music collection, or cheering on the Ohio State Buckeyes. Robert is a big sports fan, but prefers football and baseball to all other sports. His favorite pastime is participating as team owner and Commissioner of a fantasy football league.

Robert's other love is to spend time at the ocean. At least once a year, he and Jackie pack up and head to the warm relaxing beaches of South Carolina.

NOW then Rob's Interview will go live On March 4th! 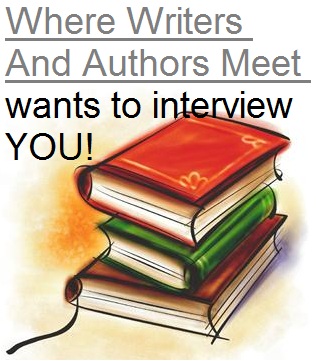 Reply Jo Linsdell
12:16 PM on February 25, 2013
What is it about vampires that captures your interest so much? (www.JoLinsdell.com)
Reply Edward Forrest Frank
11:56 PM on February 27, 2013
Does being a vampire interfere with being a Buckeye fan? Do other Buckeye fans tend to be vampires as well? Or is it that vampires tend to be Ohio Buckeye fans?
Reply Edward Forrest Frank
12:44 AM on February 28, 2013
The vampire genre is very popular right now. Tell us what makes you book stand out among the others, and why we should read it?

Reply Aneesa Price
9:55 AM on March 1, 2013
Hello Rob, Here are a few questions:
1. Do you do research for your books before you write? If yes, how do you go about it? If no, why have you decided to go that route?
2. How do you combine fashion and vampires in your books?
3. Who is the target audience for your books?
4. Are your books YA or Adult?
Then - good luck! Great idea, Virginia - thanks for sending me this way.

Reply Jim Henry
10:04 AM on March 1, 2013
Hey Robert, yours is a name with which I am not familiar. Are you new to Facebook, or is it possible there are writers' groups out there that I have not heard of yet? Regardless, it is great that our paths have crossed!

Reply Virginia Jennings
12:49 PM on March 1, 2013
You are welcome Aneesa! And THANK YOU for the awesome questions!

Aneesa Price says...
Hello Rob, Here are a few questions:
1. Do you do research for your books before you write? If yes, how do you go about it? If no, why have you decided to go that route?
2. How do you combine fashion and vampires in your books?
3. Who is the target audience for your books?
4. Are your books YA or Adult?
Then - good luck! Great idea, Virginia - thanks for sending me this way.

Reply Jenny
6:26 PM on March 1, 2013
Hi Robert, I was raised in central eastern Ohio on the river and I also loved the horror movies on TV after midnight. What is your favorite 'old' vampire movie and why? Which movie inspired your writing the most?

Reply Sophia DeLuna
10:02 AM on March 2, 2013
Hi Robert,
1. Have you ever encountered writers' block? If yes, what are your strategies to overcome it?
2. Which are your most favourite books?
3. Do you have a certain schedule or do you write whenever the muse strikes you?
4. Do you write an outline or do you 'write as you go'?
(Sophia DeLuna: http://www.sophiadeluna.com/)

Reply Stephen Ward
6:04 PM on March 2, 2013
Hi, Rob. When I'm going to the Cleveland Zoo, should I cut off at the Memphis Ave entrance ramp or can I save time going down Harvard Express?